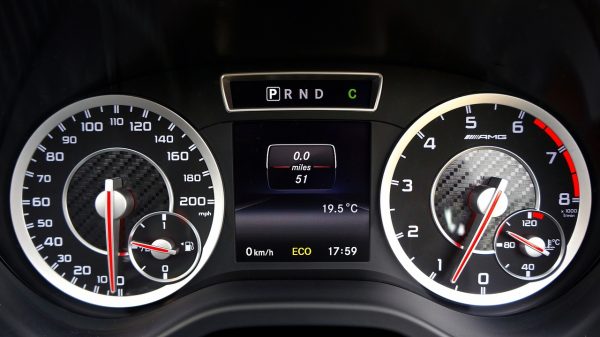 Some recent keywords that have garnered attention in the IT industry are connected car, smart car, or IoT.

Cars have come a long way. From being a vehicle or method of transportation, to being “connected” on a network… now cars are becoming “smarter” and hence many corporations are leaning towards building a more intelligent vehicle.

What makes a smart car so “smart”?

When it comes to a device being described as “smart,” most people will probably think of the smartphone.  Rightfully so, as it’s the same concept. Before it was simply a method of communication, but we were eventually able to connect the device to a network – so what sets apart the smartphone from a phone that’s merely connected to a network?

A smartphone goes past being a method of mere communication. It allows the user to customize and execute software. It differs vastly from the phones of the old days. With that in mind, let’s go back to the idea of a smart car. A smart car is “smart” because not only is it connected to a network, but the software can be customized and executed the way the user wants, making it a much stronger platform. More and more automobile makers  have been leaving the idea of the first generation of cars and leaning towards this new generation of smart, connected cars.

In fact, the lines of code in software for automobiles surpasses the number of code for combat planes, commercial planes, heck – even Facebook – with over 100 million lines of code. Cars are taking over the industry. In fact, the running joke of this year’s Consumer Electronics Show (CES) in Las Vegas was that it should be called the “Car Electronics Show” with the number of automobile companies that showed up with new technology in hand.

So if you’re going to remember anything about the rising trend of smart cars, here are the top three must-know facts within this trend:

First, automobile companies are going to the cloud.

BMW featured the Open Mobility Cloud at this year’s CES, connecting the vehicle with a person’s schedule and tasks. So not only is your car a vehicle – it now houses features of a smartphone as well.

Second, smart car/home network connections are all the rage.

For example, recently Volkswagen and LG agreed to a join development after LG revealed its smart refrigerator at CES in January. Why a refrigerator? It’s a brilliant execution, as a refrigerator is widely regarded as the family hub, the center of a home network. As a device that is never turned off and is used constantly by family members of various ages, the idea of connecting it to the smart car was a strategic move.

Many automobile companies have acquired mapping corporations, especially as the technology to map out locations on-demand have been developing. This is a smart move as licensing fees on third-party map use for navigation could be exorbitant. After all, the first thing one thinks of when they think of cars being “connected” is location services and GPS.

—
So the conclusion is that the connectivity in cars is becoming more widespread and more intelligent. But the second and perhaps more important question is, what’s the concern over security of the vehicle? Read on, as we explore in Part 2 the growing concerns over breaches of automobiles and how that can mean catastrophic consequences for society.

This blog post was adapted from an article written by Dr. Sang Gyoo Sim at Penta Security’s IoT Convergence Lab regarding the security issues in smart cars. Find the original article in Korean here.