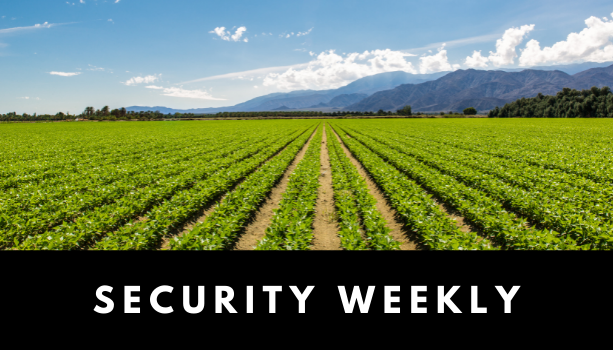 In late September, two major US agricultural cooperatives were hit by ransomware, resulting in operation disruptions and data loss.

Crystal Valley Cooperative, a Minnesota-based farm and grain cooperative that works with 2,500 farmers in Minnesota and Iowa, was attacked on September 19. The company’s IT systems were severely affected and the entire IT network was shut down for restoration, including phone lines and payment systems. Operations were halted. Payments through credit cards were temporarily suspended.

Just a few days earlier, another Iowa-based farming cooperative called New Cooperative was confirmed to be hit by BlackMatter ransomware. The ransomware gang claimed to have stolen 1,000 GB of data and demanded a $5.9 million ransom. Screenshots posted on BlackMatter’s leak site showed information of the company’s IT network, financial statements, personal information and social security numbers of employees, and source code.

The agriculture sector is one of the 16 critical sectors that US President Joe Biden warned ransomware operators to stay away from, since long-term operation disruptions could lead to a shortage of food supply. Fortunately, no further attacks were reported.

Google announced earlier this month that it is planning to auto-enroll 150 million accounts into default two-factor authentication (2FA) by the end of 2021, including two million accounts belonging to YouTube creators.

The auto-enrolment process has already begun in May. Google said that it would only auto-enroll accounts that have existing backup mechanisms, such as a phone number.

Sources: The Verge, The Register

US luxury department store chain Neiman Marcus disclosed a data breach of 3.1 million credit card records taken place during a cyberattack back in May 2020. It took the company 17 months to discover the attack and send out this notice.

The attack occurred a few months before Neiman Marcus filed for bankruptcy in September 2020, which may have been the cause of such delayed discovery. Experts suggested that there is a certain chance that the data may have already been sold to third parties. At this point, it is nearly impossible to find any direct evidence.

JVCKenwood, a Japanese-based electronics manufacturer specializing in audio and radio equipment for cars and homes, revealed on September 29 that it was attacked by ransomware.

The company stated that the servers belonging to its sales operations in Europe were compromised on September 22, after which sensitive data may have been exfiltrated by the attackers. It was later confirmed that the Conti ransomware gang was behind the operation, claiming to have stolen 1.5 TB of data and demanded a $7 million ransom.