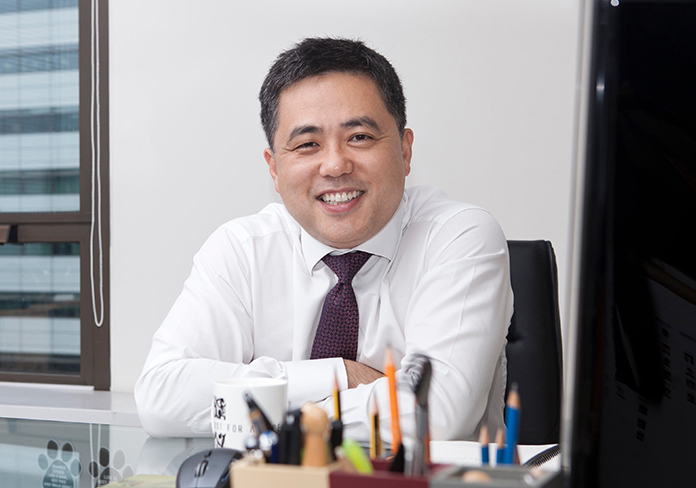 Connectivity is the theme of today’s world. Even day to day objects such as household appliances has started becoming “smarter” by gaining connectivity to the internet.

This smart revolution has essentially created an internet of things that continues to grow with technological progress. The convenience of a more connected world is undeniable, but development does not come without its fair share of problems.

More connectedness creates more routes that malicious programmers can use to cause disruptive effects.

As security threats rise, sensitive information grows more vulnerable to tampering and unwanted disclosure. Penta Security Systems, an IT security company, was founded with an aim to combat such issues.

By developing its own proprietary technologies for web security, data encryption, and authentication, the company works towards creating compelling solutions for issues associated with the internet of things ecosystem.

The rise of Penta Security Systems

Penta Security Systems began as an IT security establishment with a focus on data encryption. The company was founded and headquartered in Seoul, in 1997 by Seokwoo Lee.

This constant development and drive to succeed have helped the company’s manpower grow from its initial 5 employee roster to over 250 employees today.

With a major chunk of Penta Security system’s workforce dedicated to pre-sales engineering, support engineering, and R&D development, the company keeps reinventing itself according to the changing times and continues to progress steadily.

The growing trend of network integration amongst cars and other vehicles has made IT security in automobiles increasingly relevant.

“As more connections are being made between various IoT endpoints, including cars and roadside units (RSUs) with back-end server environments designed to serve them, we face a truly paradoxical dilemma of safety versus security” explains Seokwoo Lee, CEO of Penta Security Systems.

The real-time data exchange provided by such a system can help prevent injuries and save lives, but the increased dependency on machines opens up more possibilities for technical failures and even provides more channels for hackers to take advantage of.

Bringing Autocrypt into fruition involved eight years of rigorous groundwork, ranging from engaging with automotive manufacturers to government and police agencies. This passion to achieve, a strong work ethic, and hard work are some of Penta Security System’s defining features.

These factors coupled with the experience gained over the span of 20+ years have helped Penta Security Systems become one of the biggest players in this segment. As a recognition for their growth and commitment in the industry, AutoCrypt competed amongst 200 entries and won the TU-Automotive Award for “Best Auto Cybersecurity Product/Service for 2019” this year.

Autocrypt has evolved over time. It keeps improving with every update. Today’s version of Autocrypt provides features that strengthen both endpoint and backend security.

It has a suite of V2X modules that includes a V2D (vehicle to Device) solution to enable cars to communicate with mobile devices, and also a V2G (Vehicle to Grid) solution that was exclusively built for electric vehicles and smart charging stations.

For backend activities, this package of security solutions offers a robust key management system and also has protected PKI backend networks for all relevant modules to communicate.

As time goes by, technology seeps deeper into our society. We live in an era where security has transcended the context of IT. With the ever-growing trend of internet integration, ensuring security has become imperative for businesses.

Moreover, traditional approaches to tackle issues as they come will not be enough to handle today’s new generation of threats; Connectivity should only be made after the communications, infrastructure, and devices have been secured.

This is Penta Security system’s vision for the future, secure first. By following this mantra, the company has begun to pave the way for a more open society.

Technology may grow more powerful with every passing day, but with Penta Security Systems at the forefront of security, we can rest assure that this power will not fall into the wrong hands.

This article was originally released and provided by The Technology Headlines. Read the original post here.